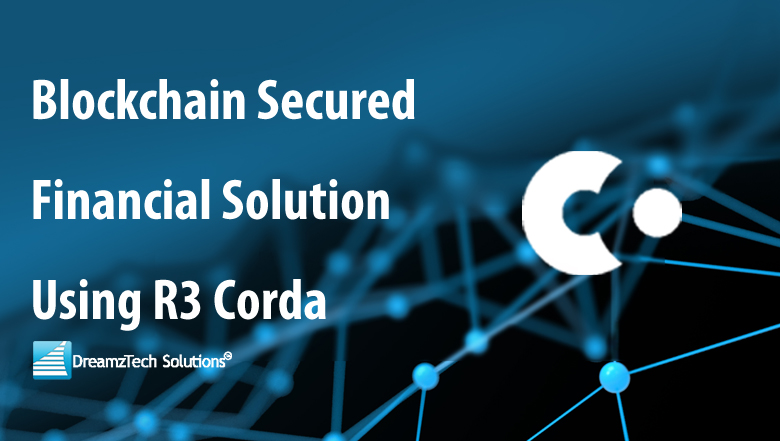 Identity in the financial services is usually defined by government-issued identity (drivers’ license, passport, social security card, etc.), and Know Your Customer (KYC) processes provide the backbone to financial institutions’ anti-money laundering efforts and help to detect and prevent criminal behaviours. However Despite the importance, KYC at many financial institutions is inefficient and tedious, duplication of effort and risk of error, which is costly and could negatively impact customer experience and ultimately hamper financial institutions brand value.

Another challenge is the existing cross-border payments system is rather outdated. Most personal and business transactions still happen via bilateral correspondent banking relationships, which is often time-consuming and costly (especially for banks that have no direct relationship with each other). Additionally, using the centralized SWIFT messaging protocol is rather insecure, since the system is not always resistant to hacker attacks. For example, in 2016, the Bangladesh Central Bank lost more than $81 million due to unauthorized transactions routed through the New York Federal Reserve Bank using the SWIFT network.

A way to solve all these challenges, financial institutions are a focus on blockchain because of its concept of a distributed ledger.

Blockchain in KYC and its business benefits

The immutability and transparency of blockchain empower financial institutions to gain fast and secure access to up-to-date customer data and results in greater operational efficiency increased trust between institutions and reduction of labour-intensive data gathering, processing time and operational costs.

Regulators benefited by blockchain as they get a single source of customer data for better understanding and visibility of customer activity across financial institutions.

Customer benefits, as institutions use of a blockchain-enabled KYC system could reduce onboarding wait times and eliminate the need to repeatedly provide the same information to their financial services providers, and reduce the turn around time.

How does Corda as a Blockchain is beneficial

Unlike Bitcoin and Ethereum which has a challenge such as

Corda blockchain platform is developed by R3, which is focused on resolving remaining issues with the blockchain systems especially keeping financial institutions in consideration:

This R3 network is an alliance of the world’s largest banks, insurers, regulators and exchanges committed to delivering the next generation of financial infrastructure based on the blockchain.

Corda networks are permission. Each party on the network has a known identity that they use when communicating with counterparties, and network access is controlled by a doorman. Each message is addressed to a specific counterparty and is not seen by any uninvolved third parties.

By removing the need for mining, Corda has no cryptocurrency built into the platform and does not require mining-style consensus. Consensus achieved at the individual deal level, rather than system level. Corda supports a variety of consensus mechanisms.

Traditional KYC processes are complex and often duplicative. DreamzTech’s  Corda based self-sovereign model allows customers to create and manage their own identities including relevant documentation and then grant permission to multiple participants to access this data.

DreamzTech KYC solution is targeting to improve efficiency, lower costs and reduce frauds for financial institutions and at the same time to provide ease for customers to manage their personal data more securely.

DreamzTech Solutions Inc is a US based International software firm. The US division of the global network Dreamztech, is headquartered in Tempe, Arizona. Specializing in Web and Mobile based platforms suited for any size of business. From building a complete website or mobile app, to an Enterprise Corporate Solution Dreamztech Solutions Inc. can handle it. Our priority is to establish a long term relationship with our clients and deliver their VISION. Call us today to discuss your upcoming project @ (800) 893-2964.

The Blockchain Software Development Process: How It Works and What To Expect?

How Can Custom Retail Software Development Benefit Your Business?

What are the Web Development Trends of 2023?